Mental capacity is not the issue, mindset is. With a wrong mindset, our mental capacity diminishes. For example, if we believe in luck, our mind will refuse to grow in knowledge, and life becomes merely a series of events with unpredictable outcomes. We lose control and we become victims.

I have met people who believe that their circumstances determine the kind of life they will have. On the other hand, I have also met people who had close to nothing when they started, but now manage huge companies.

One such person I cannot forget is someone I had met 3 years ago. At 11 years old, he became ill of measles. Gradually, his eyes began to dim and at 15 years old, he became totally blind. Now, at 32 years old, his parents have passed away. Without siblings to take care of him, he currently lives with a friend in a nearby province. What surprises me is that despite all of these, he has 3 businesses. First, he earns by climbing coconut trees and gathering coconuts. On the side, he sells coconut delicacies which his workers produce. His third means of income is by selling pigs—somebody lends him the piglets, he feeds them, and when they reach a certain size, he sells them. Recently, he brokered a property and made a sizeable figure. With the very little that he had, in the eyes of God, he might very well be included in heaven’s top 500 fortune companies.

I couldn’t help but ask him what his philosophy in life is. For a 32-year-old blind man, his answer was full of wisdom. He said that God gave him little but he does not complain, is thankful and is not a burden to anyone. He multiplies what was given to him and soon, he will have his own family. And then he said something that surprised me because he is blind, “God knows who produces value and who takes away value from other people”. I felt the anguish of a person who was denied medical help and became blind because of poverty. There are people who can see clearly, but are actually blind. Since they cannot see what they have, instead of adding value, they do the opposite.

In business, we are value creators. Just like this blind man, we create value from whatever we have, however little we have. We know that if we are faithful with what we already have, we will be given more. But we are just stewards here on earth; no one brings anything with him when he leaves this place.

His master replied, “Well done, good and faithful servant! You have been faithful with a few things; I will put you in charge of many things. Come and share your master’s happiness!” Matthew 25:23

I pray that you will have the grace to see God’s faithfulness, and out of what you have, you will create value that serves others and will be given more.

That your work will bring glory to our creator, in Jesus name, amen. 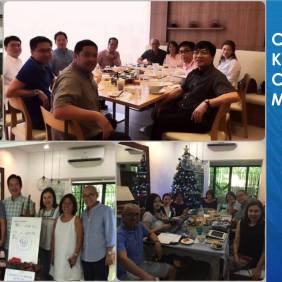 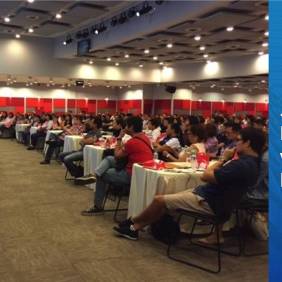