When the first generation Israelites journeyed through the wilderness, a vast and treacherous desert, God protected and fed them daily with manna and quail from the sky and water from a rock. God had just taken them out from slavery in Egypt thru various signs and wonders, yet all that was heard from them were grumbling and complaining. They wanted to go back to Egypt and become slaves again. 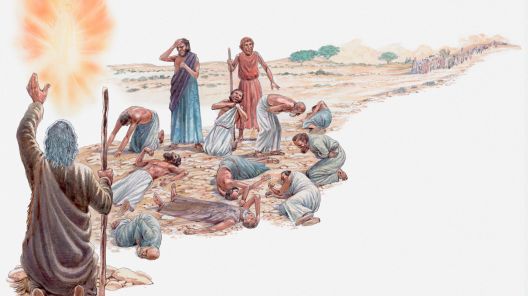 As a result, that generation were not allowed to enter into the promised land. But the next generation, their children did.

What is the point?

The first generation were freed from Egyptian bondage physically, but their mindset remained the same. They were not able to appreciate the fact that they are only passing through the wilderness, towards the promised land. They did not delight in God who is then about do a new thing in their lives. They focused more on the condition of their journey rather than trusting God who fulfills promises and delights in their well being and prosperity.

This stage in our journey is just a phase. Years from now, it will just be a blip. It is an opportunity to see the goodness of God in whatever circumstances we are in, thanking Him in all circumstances. The first generation Israelites should have checked their attitude.  Instead of focusing on themselves they should have been thankful that they have God journeying with them, and that He is faithfully providing for their needs. God was actually breaking their old mindset to prepare them for a breakthrough.  Years of bondage to Egyptian slavery where they did not have God did not make them better persons.  In fact, they lost all hope of having a better life and no longer believe it is possible.

Years from now, we should recall this phase as a time in our lives when we learned many lessons. We were re- oriented in our priorities.  It made us more dependent on God’s word,  repair broken relationships, pray more as a family, do more house chores, teaching our children the value of work,  learn new skills as we get aligned to God’s will. We realized how important it is to know the God of the bible, and follow Him, more than anything else.

It was first generation Israelites’ choice not to enter the promised land, preferring instead slavery in Egypt which angered God.  But if they did, that will not give God glory. They will be a source of shame. That will not help in extending His kingdom on earth.

The question is not when this phase will end. The question is are we ready to enter into the new era? We don’t know how it will look like. It does not matter. God knows.  Was there any change in us during this period? Everything will look beautiful if we have God with us whether we are in wilderness or in the promised land. If we know and we know that we know that we have Jesus and we have found all the answers in Him, and are willing to obey Him, we are ready for the new era. All things will flow from that relationship.

When the second generation Israelites entered the promised land, they entered a place of abundance. Yet they worked. As they worked, they did not abandon the truth that it is God who provides for them. This exactly what God wanted and maybe what God wants from us in the new era when we start to move forward into what they call the new normal.  God does not want us to leave Him and exchange Him for the wealth that we will create and make it into an idol.   God prospered in the promised land.  As they prospered, other nation saw how God blesses His people.  They spread God’s influence by conquering other nations. Today, we no longer conquer nations. We are supposed to show the world who God is and change people’s mind about Him.

Let us welcome the new era. The Lord is with us. 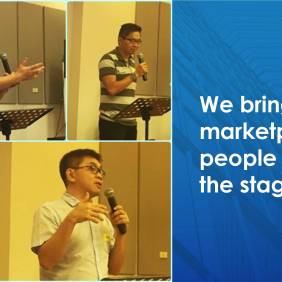 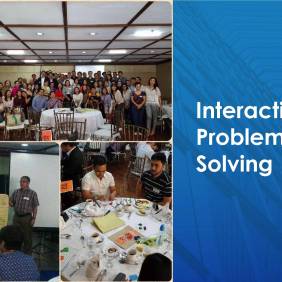